Zambia is set to hold virtual talks with the International Monetary Fund (IMF) from Thursday in the hope of securing a bailout loan. This latest round of negotiations will run until March 3.

The level of debt has now exploded to around $ 12 billion (€ 9.97 billion), half of which comes from private creditors.

Zambia failed to honor a $ 42.5 million (€ 35.3 million) payment on a $ 750 million Eurobond in November, becoming the first African country to default on its international debt since start of the coronavirus pandemic. It has since missed a second bond payment of $ 56.1 million on Jan.30.

The Zambian government formally asked the IMF for a financing deal in December, according to Reuters news agency. The exact details of the request were not disclosed.

An agreement with the IMF could include affordable financing, in the form of a zero- or low-interest loan, as well as technical support for economic reform.

Zambia under President Lungu had a difficult relationship with the IMF.

His administration first requested a $ 1.6 billion aid package from the international fund in 2016 – a request the IMF never accepted due to concerns over Zambia’s engagement in in favor of economic reform.

But after Zambia held high-level talks with the IMF in December 2020, Zambian economist Grieve Chelwa sees the relationship improving.

“I think this is the first time that the discussions have been fruitful enough to start thinking about an IMF program,” said Chelwa, postdoctoral fellow in economics at the New School in New York.

He doubts, however, that the IMF will turn around and accept a new deal before the presidential and parliamentary elections in August, when President Lungu and his Patriotic Front party seek to remain in power.

Elections could delay any deal with the IMF

Lungu’s administration presented an economic stimulus package in December, Chelwa said, but “even if you have a plan that says you’re not going to spend frivolously or exorbitantly, what happens during an election year? “

“Budgeting goes out the window. You’re throwing money at this thing. You want to splurge because if you want to flip your seats and keep your power, you have to spend.”

For this reason, Chelwa rated the IMF’s chances of accepting a major program in the run-up to elections as “fairly weak”.

International trade consultant Trevor Simumba, who has written extensively on Zambia’s debt crisis, also believes the IMF will be “reluctant” to agree to a full package of support ahead of the elections.

He points to the “panicked and pre-election” decision by the Zambian state mining company, ZCCM-IH, to buy Glencore’s stake in the Mopani copper mine, which employs 15,000 people.

Mopani’s takeover, announced in January, will see Zambia incur an additional $ 1.5 billion in debt in what Simumba called a “terrible deal” with “no real economic value to the country other than delaying the deal. pain of the high cost of mining in Zambia. “ 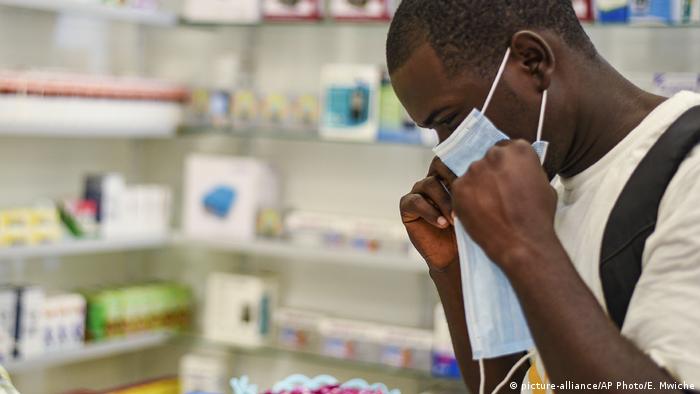 Zambians have been hit hard economically by the global coronavirus pandemic

But, Simumba said in a telephone interview from Lusaka, the IMF could accept emergency aid to mitigate the economic impact of COVID-19 on the condition that it is transferred to the health and education sectors under- funded.

“There is absolutely no desire on our part that we postpone things until election time, and we hope to be able to come to an agreement with the IMF,” Bloomberg said quoting Ng’andu.

The Zambian government has taken out massive loans for infrastructure projects over the past decade.

According to Zambian economist Chelwa, the country’s external debt has increased by 1,000% since 2011, when the ruling Patriotic Front came to power under the leadership of Lungu’s predecessor, Michael Sata.

Some of the loans went towards practical infrastructure, such as modernizing hospitals and schools, improving telecommunications and roads. But many projects have been criticized for costing more than necessary.

“[The Patriotic Front] have certainly transformed the country in many areas in terms of infrastructure, but there is also the mismanagement, theft and looting that comes with these large-scale infrastructure projects, ”economist Chelwa said during a telephone interview.

“I think we got less for our money, but we got something.”

Before the coronavirus outbreak, Zambia’s debt had already reached dangerous levels, with Zambian and international economists warning that Zambia had borrowed more than it could afford to repay.

The pandemic has caused a global drop in demand for raw materials, reducing Zambia’s resource revenues last year, especially copper, which is the country’s largest source of foreign exchange.

To make matters worse, the Zambian economy has contracted by 4% due to the global COVID-19 slowdown.

Zambia doesn’t have much to help

Zambia’s debt crisis coupled with the coronavirus pandemic is a double whammy for the country’s 17 million people.

Zambians have been hit hard by rising food prices and job losses during the pandemic. And the country’s debt crisis means the government has limited resources to help.

They face a sharp rise in the prices of items such as bread, grains, fish, dry foods and vegetables with annual inflation rising 25%.

At the same time, the ongoing coronavirus pandemic is still disrupting supplies and slowing consumer demand, leaving many traders and businesses in the southern African country struggling.

But almost half of Zambia’s income is currently spent on repaying or servicing its loans. A large part – around 40% – is also devoted to the payment of civil servants’ salaries. 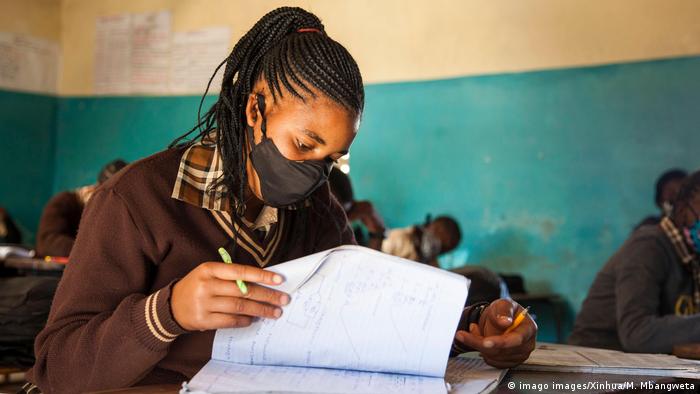 This means that only 10% of the annual budget is available for all other services, such as agriculture, social protection, health and education.

“This debt crisis has essentially revealed how fragile our current tax system is … as it leaves the government with very few resources to provide services, especially now that we are currently in the COVID-19 pandemic,” he said. said Kangwa Muyunda, a program responsible for the consumer organization, CUTS International.

“We have cases of people [with COVID-19] die from lack of oxygen to support these patients due to lack of government resources to deal with this pandemic. “

Zambian schools reopened last week due to an easing of lockdown restrictions, she added.

“But you wonder if the government can even provide face masks and food for these kids to actually go to school in this pandemic,” Muyunda said.